The thermal image super-resolution (TISR) problem has become an attractive research topic in recent years, mainly due to the appealing results obtained with recent deep learning-based approaches. In order to define a common benchmark for evaluating the different contributions, the first challenge on TISR has been proposed at the PBVS-2020 workshop. Due to the success of that first challenge, and trying to keep improving the obtained results, this year the second challenge on TISR is proposed in the framework of the PBVS-2021 workshop.

The challenge stated for this year consists in obtaining super-resolution images at x2 and x4 scales from the given images. 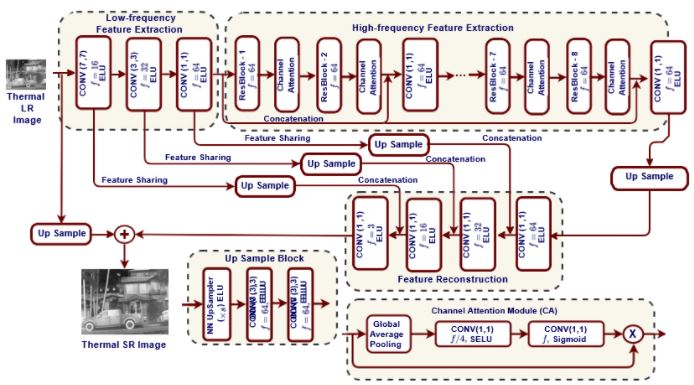 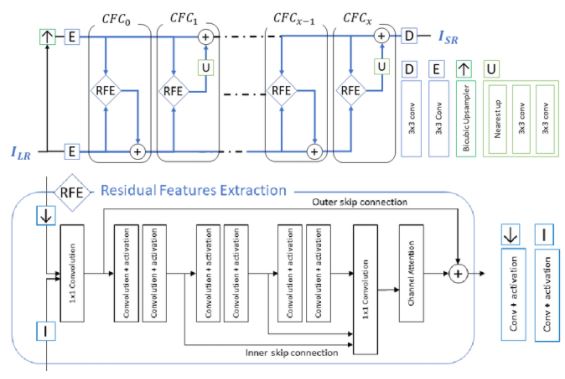 The dataset used for this second TISR challenge consists of the mid- and high-resolution images of last year's challenge. These images have been acquired at the same time with different cameras. Technical details are provided below in Table 1, some illustrations from each camera are depicted in Fig. 1.

Figure 1 - Examples from each camera (+ images not used in this second challenge).

The original dataset contains a total of 1021 thermal images, which were simultaneously taken with each camera. All images are semi-paired. From all these images, 1001 are provided to the participants (951 for training and 50 for testing), while the remaining 20 are used for evaluating the results from the different teams (remember that from the given dataset just mid- and high-resolution images are needed, low-resolution images are also included since they are a part of the original dataset).

PSNR and structural similarity (SSIM) measures are going to be computed over a small set of images left for evaluating the performance of the proposed solution. Two kinds of evaluations are going to be performed. For the first evaluation, a set of 10 single down-sampled and noisy images will be shared for traditional evaluation as shown in Fig. 2. For the second evaluation a set of 10 real images, from the MR dataset, will be shared. In this case, the obtained SR images will be compared with the corresponding real High-Resolution semi-paired images, as shown in Fig. 3. For the second evaluation, HR images are going to be registered with the computed SR images in order to compute PSRN & SSIM metrics. 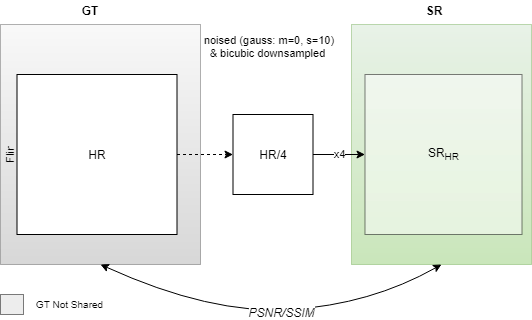 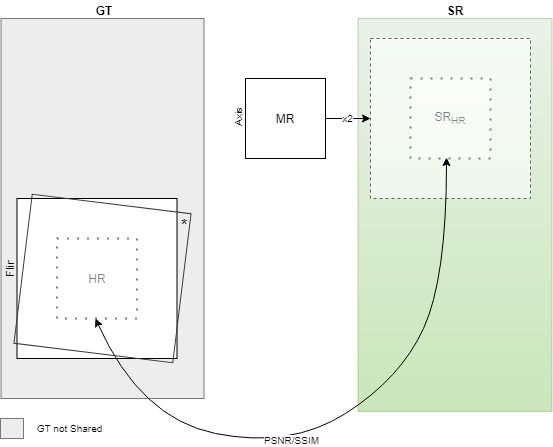 *Due to the semi-paired nature, for a fair comparison, the evaluation will be performed over a small region (50% of image size) centered in the image.

Note: The super-resolution (SR) results must be submitted in a zip file together with a short description of the proposed approach to <pbvs21.tisr.challenge@gmail.com>. The approach with the highest performance in most evaluation metrics will be the winner of the challenge.